Is this another publicity play to send Tesla

on another wild ride? 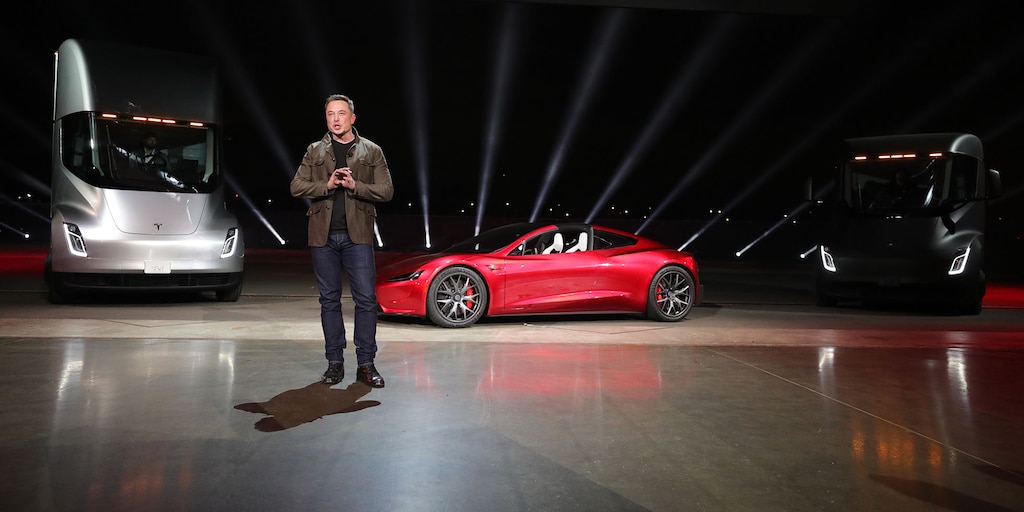 Tesla spikes after Elon Musk tells employees the automaker has 'a shot' at...

Tesla shares surged as much as 6% on Thursday afternoon after CEO Elon Musk told employees that the company had 'a shot' at delivering 100,000 vehicles in...

Not quite on target but still an impressive number of cars built and delivered in one quarter!

Musk set expectations high again this quarter, telling employees in a recent email that the company "has a shot" at delivering 100,000 cars, which would set a new record.

Seems like they are delivering more or less in line with market expectations - definitely a good sign, and glad to see demand for Tesla vehicles is strong!

It’s amazing to see that 82% of the cars delivered are also for the more affordable model 3 variant too which as far as I understand was only recently released?

Shows to me that the world is really pushing towards a sustainable future.

I don’t understand why people still believe in story of Tesla has a failing company, clearly, Tesla has been trashed so many times by Financial outlets. To me, it just reminds me of Amazon early stages.

Tesla has been on top of the game in every aspect of their core business, being 3-year ahead in chip development, to automated vehicles, to an amazing batterie range. But the price of each model 3, it’s just amazing how they made an affordable car with such characteristics.

Tesla from a financial standpoint has been growing each year, comparing the same quarters year-by-year, it’s still a very speculative stock with a lot of risks due to being an innovator in many areas. It’s definitely a different stock to analyze.

Some Tesla’s are to be German made! Tesla has announced they’re building a new ‘giga-factory’ to supply the European market.

UK was on the cards but lost out due to Brexit uncertainty… A reasonable loss for the UK economy!

Tesla CEO Elon Musk has blamed Brexit as the reason why the firm chose Germany — not Britain — as the country to launch its new Gigafactory.

Seems like a cryptocurrency trend where people are having the fear of missing out.

You have to admit that it’s pretty amazing a car company that was founded just over 15 years ago and has really only been mass producing for 5-8 years globally is already the biggest US car company by enterprise value!

We’re talking bigger than Ford and General Motors which have a history as long, if not longer, than many of the European manufacturers.

I’m really interested to watch this journey continue. He’s an absolute maniac but I think that’s part of Tesla’s charm. He’s not a man behind a desk trying to squeeze every penny from the customer. He’s trying to push every boundary to change the world as we know it!

I can see why so many buy into the journey which is in turn driving that stock price up, up and up!

Tesla Inc.'s stock rally has pushed the Silicon Valley car maker's enterprise value to $173.7 billion, with Tesla becoming the No. 1 U.S. car maker by that...

Well I sold my Tesla stock last year for under US$300.

A poor decision on my part after their strong start to 2020!

Tesla is up 76% this year. Here's how the other electric carmakers makers are...

Tesla is the best-performing auto stock this year, but it's also given a boost to the handful of other electric carmakers across the globe.

We’re seeing a gradual shift from established car manufacturers moving into Tesla’s world of electric cars (Porsche, Mercedes, Jaguar to name a few) but do you think this is an opportunity for newly established companies to become part of the trend?

After raising $1 Billion from the Public Investment Fund of Saudi Arabia, is Lucid the next Tesla?

Can Lucid Compete With Tesla?

Lucid is showing signs of becoming a real alternative to Tesla in 2021 and beyond.